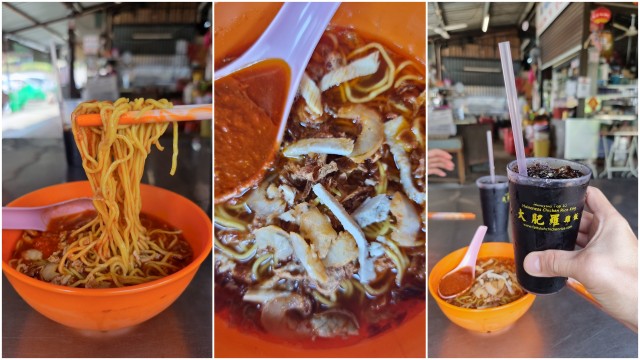 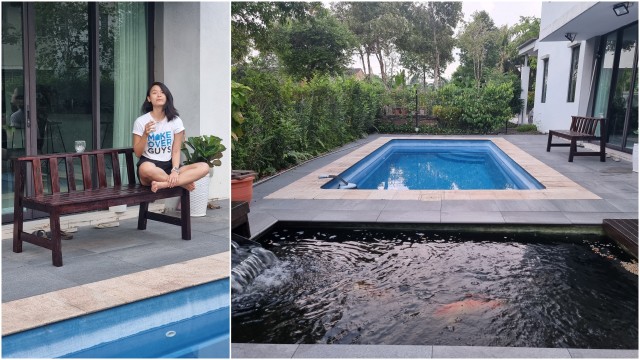 As some of you might be aware, I’m quite a big fan of anything pork. Over Chinese New Year (yeah, the visit happened a couple months back), while driving around trying to find something to noms, we chanced up upon this relatively new restaurant at Damansara Uptown by the name of Yue Mic Ka.

Unknowing to me then, Yue Mic Ka (鱼米家) is actually an established restaurant at Sri Petaling, and this branch at Uptown is their newest branch. 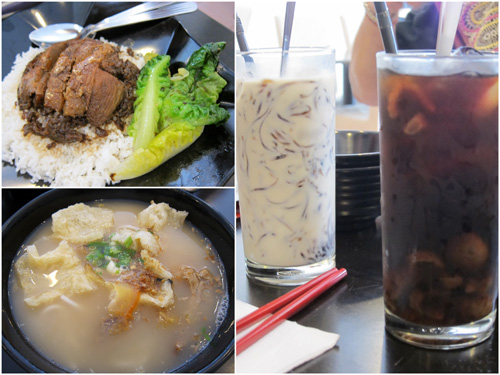 The menu at Yue Mic Ka isn’t exactly extensive, but to me this is a good thing. Anyone who are familiar with the paradox of choice will agree that it is often that much tougher to pick something out when presented with a menu filled with way too many dishes, one such example is Ben’s (it’s a lovely restaurant btw). 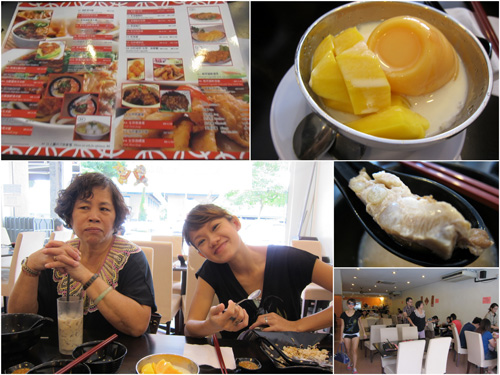 I gotta say that the service was especially swift, we got our food in less than 5 minutes, and they were delicious too! The soft ribs were succulent and tasty, and while fish maw was the dried version, they were plenty good too.

Haze and my brother were rather happy with the mui choy pork rice, so much so that none of them offered me a bite. 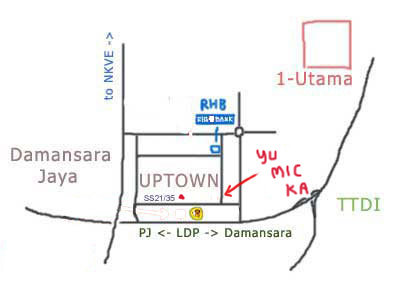 Other than pork and fish maw, Yue Mic Ka offers prawns, fish paste, sotong balls, and of course, fish head noodles too. A pretty decent place to go for these type of comfort food, the place is also clean and air conditioned. The down side is, being at Uptown, parking can be a bit of a problem sometimes.

This is completely unrelated, but I want you to look at the following picture that I recently obtained.

We all know that this is a magnificent shot of the Petronas Twin Towers, but check out the sky above, there’s definitely something that looks like a sign.

I used to work at the towers (for a combined total of some 7 years) and never seen something like this in the sky, this could mean something.. ermm..

Sotong suggested that we go to this fishball place at Seapark that she found out from her colleague. Since I am always in an adventure mode when it comes to food, and this place is rather close to where I stay, we gave The 60s Teow Chew Fishball a try last weekend.

This restaurant is not very different from the Fishball Noodle soup place in Damansara Jaya (next to Atria). Both serves fishball noodle soup, fish cake, a few different yong tau foo, and so on. However, one noted difference is that they also offer curry soup instead of just plain soup and dried version for the noodle (see picture below.) 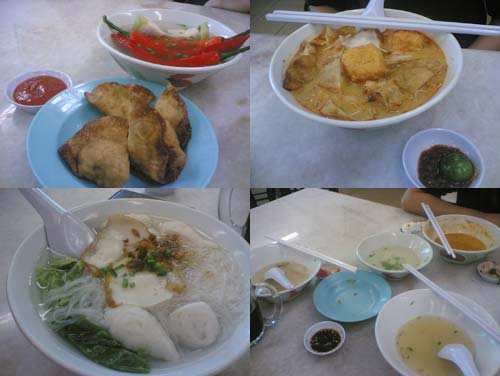 We ordered the fishball noodle soup with curry and clear soup, some fish dumplings, and yong tau foo. We had wanted to order the deep fried fish paste in order to compare with the other shop, but unfortunately they ran out of stock. Another item that is worth mentioning is the fish skin wanton, gotta try that next time. 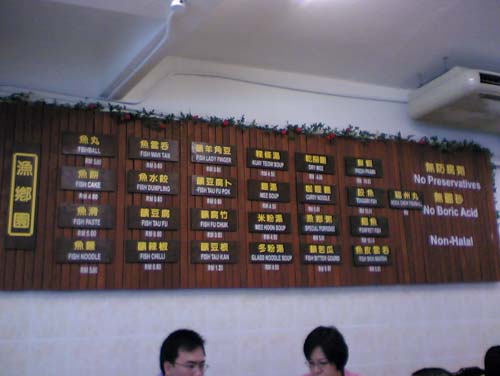 The homemade fishball tastes pretty good, has a firm and springy texture that chews pretty well. The clear soup is nothing to shout about but pretty much what you’ll expect. As far as the yong tau foo goes, I’ll still stick with the Ampang store. However, the deep fried fish dumpling was very good, I recommend it.

The entire menu is mounted on the wall, with Chinese and English language, together with the price. A pretty nice touch. 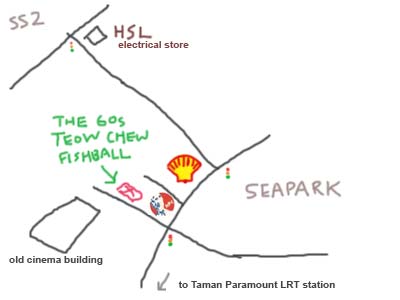