Last weekend I had the good fortune of attending a pretty special food event, the Flavours of Hanami live presentation and tasting at Isetan the KL Store. For those who aren’t familiar with Isetan the KL Store, it is the re-branded up class retail at the exact location previously occupied by regular Isetan at Lot 10.

The place is tastefully decorated and packed with premium Japanese wear, everything from fashion items, watches, gadgets, grocery and food.

The Flavors of Hanami features four chefs each from Izuu, Tsuruse, Chikurin, and Kinobu restaurants of Kyoto in live presentation and tasting format at the following schedule:

dishes from which chef fancies you? the mock-ups sure look interesting

One thing to note, each session is limited to 25 pax only so get your tickets as soon as possible at CUBE_1 ticket counter, Isetan.

The Hanami theme is an ancient tradition of welcoming spring, and this event is a chance for Malaysians to experience the cultural aspects as well as the delicacies associated with the Hanami season.

chef Shogo Sasaki of Izuu with his signature dishes

We were fortunate to participate in the first session with Chef Shogo Sasaki, the 7th generation owner of IZUU, a Kyoto sushi restaurant established in 1781, a restaurant that has its history 176 years before we yelled Merdeka and formed this country, talk about tradition.

Chef started out with the live demonstration in preparing the most famous dish of IZUU – their saba-sugatazushi, or whole mackeral lightly matured sushi. The fish is expertly prepared and then wrapped in vinegar-ed kelp to draw out  a stronger umami flavor to the sushi.

We then got to try two versions of it, one freshly prepared and the other matured for a day. It was well balanced with a pretty complex taste unlike normal “fresh” sushi. Best thing is, you can actually buy this wrapped up to bring back to home country from his restaurant in Kyoto as the sushi would last for about 2 days.

Next up was their signature Chirashi sushi. Chirashi sushi is often my go-to dish in any Japanese restaurant, and the version prepared by chef Sasaki is as good as any. While it is slightly lighter on seafood, the seasoning of rice and other ingredients were right on point, making it quite a delightful dish.

we ended the day with green tea and mochi, notice the bunny?

The chef also showed us how the saba-sugatazushi cross section resembled a bunny, which is how IZUU got it’s logo all the way from 200+ years ago.

We then ended the session with a piece of traditional mochi and a cup of green tea so good we had to go downstairs to get the packet to enjoy at home.

If you love authentic Japanese cuisine with a cultural twist to the whole experience, don’t miss out on this event. 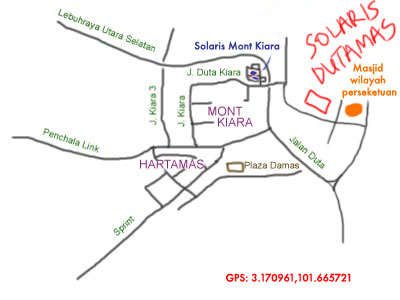 Hokkaido Ichiba at One Utama and Mid Valley Gardens are two of the latest restaurants to be opened up by one of the largest Japanese restaurant chains in the country – Super Dining.

The group started out with their Raku Zen restaurants at SS 15 and other locations, then ventured into lower end conveyor belt style restaurants in Sushi Zanmai, a Japanese pasta chain in Pasta Zanmai, a higher end hotel-restaurant in Kura, and now, sitting between Zanmai and Raku Zen – Hokkiado Ichiba.

The menu at Hokkaido Ichiba is rather extensive, there are sushi, sashimi, various bento, maki, ramen, udon, and even small side dishes that you normally wouldn’t find in ordinary Japanese outlets.

For the two of us, we ordered an oyster ramen, a chirashi sushi, California temaki, and something that I haven’t eaten since 5 years ago in Vietnam – anglerfish liver.

The service was pretty brisk on a weekday night at One Utama, and we got our dishes within 15 minutes or so upon ordering.

Hokkaido Ichiba is a bit like an in betweens of Rakuzen and Sushi Zanmai, pricing closer to Rakuzen while quality isn't too far from Zanmai… Tho you do get premium location and nice decoration… #kyeats #japanese #sushi #halal #midvalley

The California temaki was Haze’s appetizer and reportedly quite tasty. The anglerfish liver though, was a tad too dry for me, though still retaining that distinctive taste that I can only describe as a blend of liver with a fishy (in a good way) undertone and has a texture between that of foie gras and pork liver. If you haven’t tried it before, this is a place to do so in an affordable way.

The spicy oyster ramen was a pretty decent dish as well, spicy and rather flavorful, though slightly lacking when compared to dedicated ramen shops such as Santouka or Marutama. This is perhaps due to the home made ramen used in other outlets, or the amount of effort poured into the making of ramen broth.

My chirashi sushi though, was a steal at RM 30. It has two amaebi (sweet shrimps), hotate (scallops), ikura (salmon roe), salmon, and a couple crab sticks. The ingredients were pretty fresh and I thought it was a very good bowl of chirashi sushi especially considering the price point.

Overall, Hokkiado Ichiba really does find a niche in this pretty saturated Japanese restaurant market. The food is pretty good, prices reasonable (RM 77.70 for everything, including green tea). If you are at One Utama or Mid Valley Gardens looking for reasonably affordable Japanese food and not wanting to fight with the crowd at Sushi Zanmai, this is a place worth checking out.