KY review – Iron Man the movie is the awesome!

Thanks to Eyeris who managed to source a pair of extra tickets for Iron Man last night, I got to watch this show before the official release this weekend. Before you ask, the movie is awesome and totally kick ass, you have to watch it when it comes out this weekend. Now lets proceed to a bit of a “review” that might or might not contain spoilers, read at your own risk. 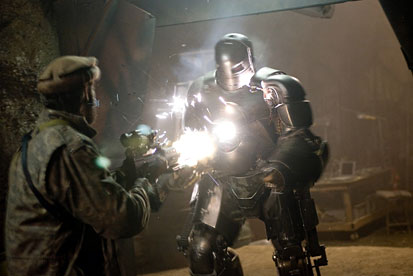 For those who didn’t grow up with American comics (ie: me, I was reading Chinese version of Doraemon and Lau Fu Tze), Iron Man has his super power not via genetic mutation nor being born on some other planet. Instead, somewhat like Bruce Wayne in Batman, Tony Stark is an industrialist who archive superpower-hood via his engineering brilliance. If you haven’t figured it out, he built the freaking armour that allows him to fly, shoot people, carry heavy loads, etc etc.

2nd version in the making

The story doesn’t stray very far from the typical superhero movies, with the introduction of the main character as an ordinary person to the transformation that makes him a superhero to the final fight with the super villain. The difference is, of course, Robert Downy Jr. fits the profile of Tony Stark perfectly, and Gwyneth Paltrow played a brilliant role in being Pepper Potts. 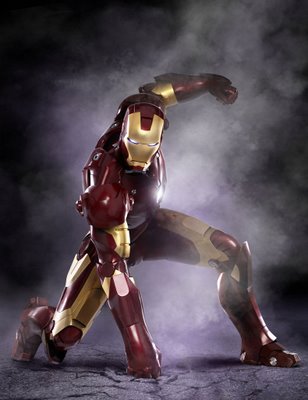 Then there’s the absolutely awesome CG that blends it perfectly while bringing the awe factor not any less than Transformers. You’ll love the movie, watch it!

Discuss : KY review – Iron Man the movie is the awesome!