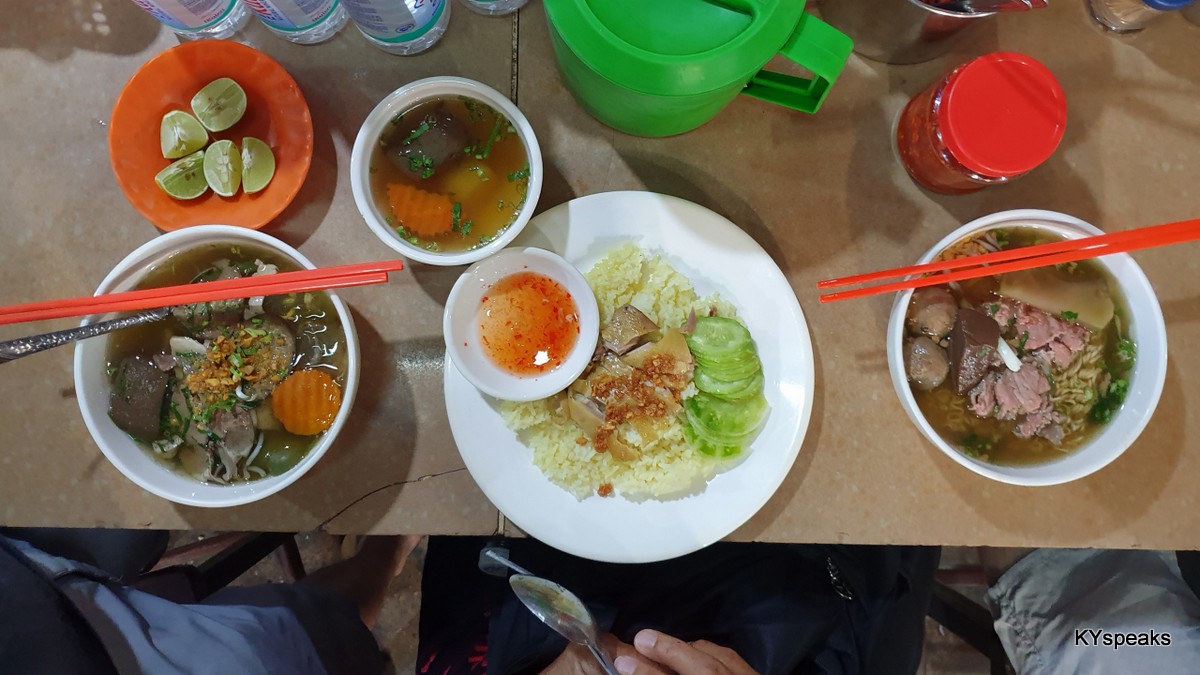 Hunting for a new place for dinner at around Taman Paramount, I suddenly recalled that there’s a pretty good “siu chau” (小炒) stall that operates not only on lunch, but dinner time as well. We found a parking spot nearby and went in there. 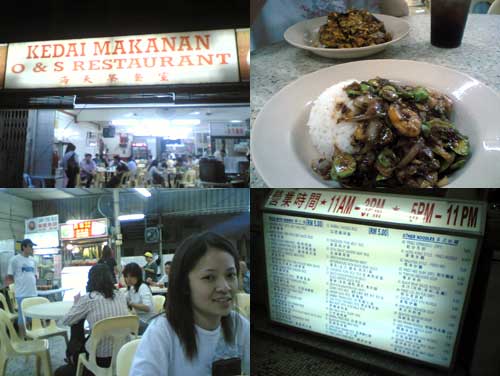 Looking at the menu (big font and well lit on the stall itself), I found something interesting – Petai and Prawn rice. Since I love petai (twisted cluster bean) and prawn, I ordered that without further deliberation. The dining partner ordered something that looks like a kung pou chicken rice with egg. However I can’t recall the name of that dish to save my life.

We didn’t have to wait long for the dish to be served. The petai and prawn dish was really good, plenty of petai and prawn with some onion fried with sambal paste. Not exactly a very refined dish, but for RM 5.00, it was worth every cent. Ahh… the satisfaction of stinky breath and even stinkier pee. This is something you can’t explain to people who does not eat petai.

The chicken dish was pretty good as well, with some of kick from the dried red chilli and plenty of chicken meat. Though it might be better (at least visually) with some green vegetables as garnish.

this is how you get to O & S restaurant

The stall opens for lunch as well as dinner. The same restaurant has some pretty good hawker stalls in the morning and afternoon. Most notably the yong tau foo and prawn mee.

It was a string of unplanned events that led us all the way from PJ to Balakong for dinner. Afterall, it’s not normal to have dinner at some 20-30 km away from home on a weekday. We were initially to eat at ss2, it started to drizzle. We then decided to go to Atria, but changed our destination to PJ old town. However, the exploration urge somehow made us turn towards the Old Klang road exit from Federal Highway and put us on NPE. RM3.20 later, we decided to have Yong Tau Foo in Kuchai Lama instead. That place was not open for business. Since Balakong isn’t that far from Kuchai Lama, we ended up there instead, after another RM 1.30 toll charge… 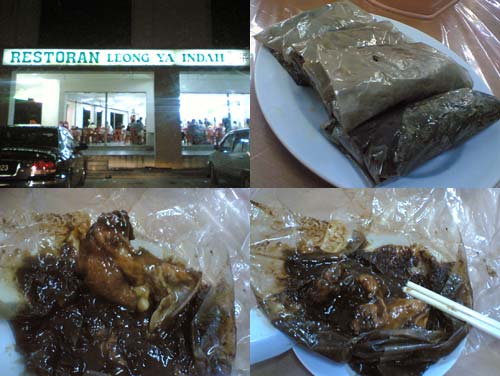 not much of a looker, but the taste.. *slurps*

We were pretty hungry by the time we sat down at the table, an hour after departing from PJ. We ordered the signature dish that is the paper wrapped chicken (纸包鸡), ying yang pork ribs, pan tofu, and fried baby kailan.

Other dishes we ordered to go with the rice

The chicken arrived first, and we went into a feast. The paper was not the easiest thing to unwrap, but once you get past that little hurdle, a rush of strong and appetizing aroma materialised. The gravey was excellent, with a hint of herbs in the dark sauce. The chicken itself was nicely cooked and soaked with flavor. A single bite was enough to explain the fame this dish gathered.

The other dishes that we ordered was pretty good too. The tofu and pork ribs were rich in flavor, and the fried baby kailan was a no frill dish like how it should be. The bill came to about RM 15-16 per person. Give the place a try if you are around the Mines area next time. I wager that you will not be dissapointed. 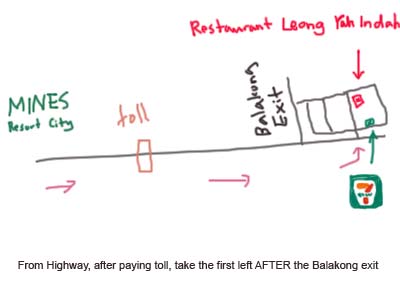 Great map, Balakong made easy, no?

For those who can’t read the excellent map:

So we got hungry one of the Saturdays, and since we were around the Kelana Jaya Giant, we decided to try out some unexplored kopitiams around the area. Got to this one behind the furniture mall that is next to the small giant, and Sotong discovered the steamed rice stall that her friends were recommending to her all the time.

The rice is pretty well cooked, with flavor reaching to the bottom of the bowl and not just on the top. The meat is soft and the taste is just right, not overly salted nor too blunt. Easily one of the best steamed rice I’ve had, and better than the one in Wai Sek Kai at ss2 I used to frequent. The soup is nothing too special, pretty good, but then again I haven’t tasted any dried vege soup that stands out in either direction.

If you are looking for a good and cheap lunch and happen to be going to Kelana Jaya near Giants, give it a try.