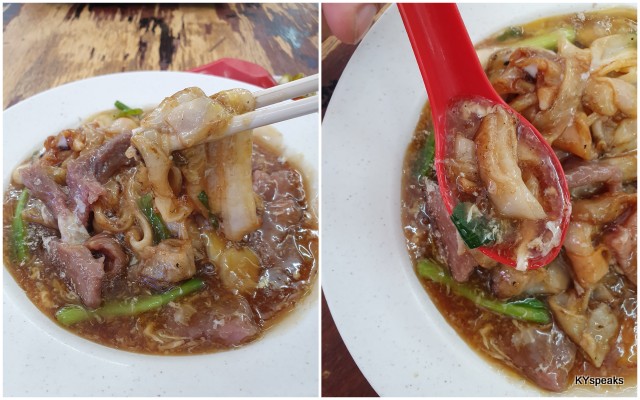 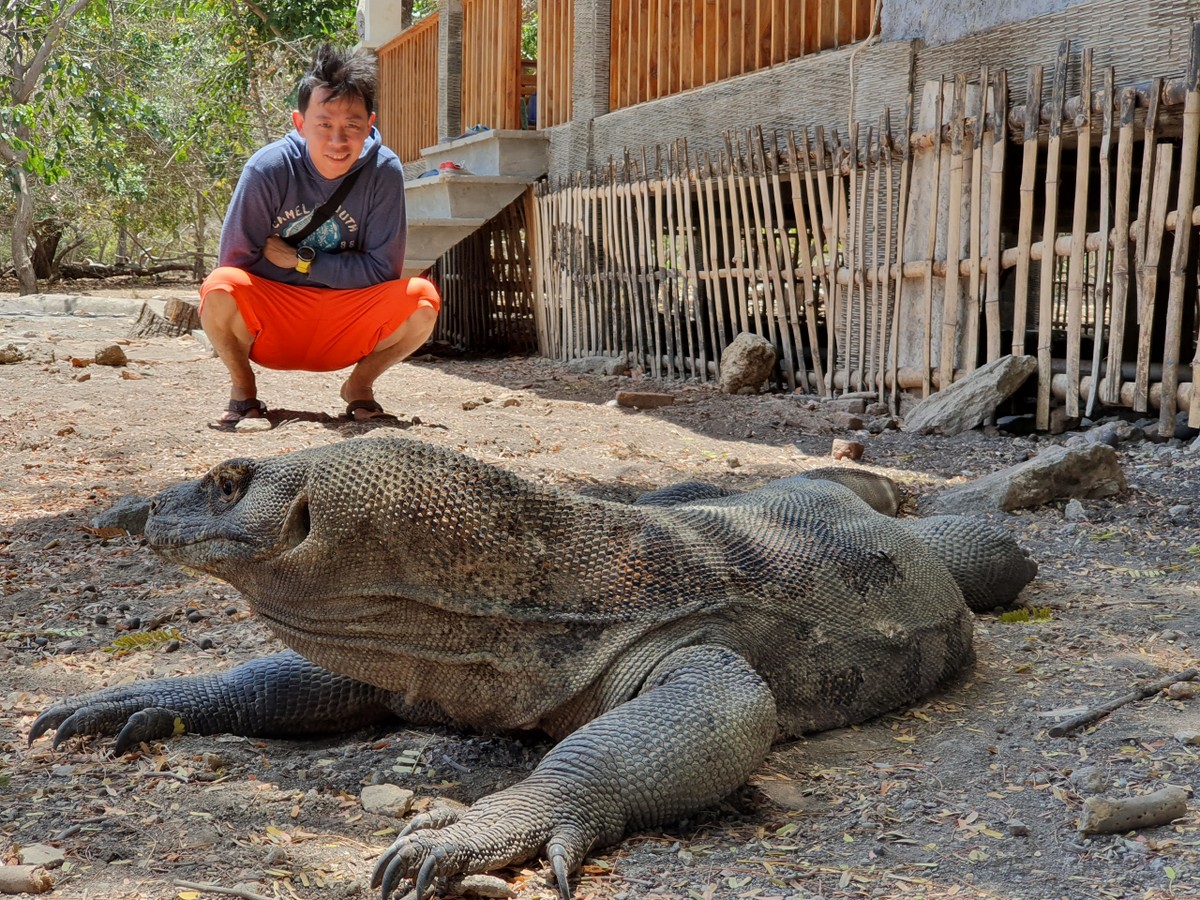 After posting about the Loong Foong roast duck rice at Taman Paramount, many of you suggested to me that I should try the perpetually crowded Sunrise restaurant nearby. Since Sunrise only opens for lunch, I had to wait till last Saturday to give it a try.

For two of us, we ordered half a duck. If it sounds like a lot of duck, it was! But since everyone else was ordering the same amount for two, we sort of agreed to it without thinking twice. As it was relatively early (11am), the restaurant wasn’t actually crowded yet, it took only about 5 minutes for food to be served.

The big plate of duck comes with two small bowl of soup (something loong foong lacks), a bowl of sauce, chili, and two plates of white rice. The duck meat itself was tender and good, with the skin roasted to perfect golden brown. The soup though, was a mixture of sour, sweet, and salty. I don’t really know what to make of it and didn’t end up drinking much of it anyway, it just tasted a bit too weird even for me. 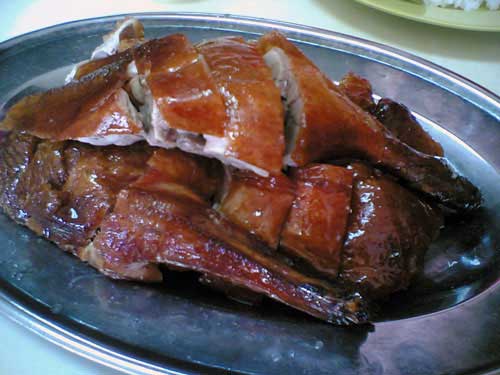 Comparing the Loong Foong and Sunrise roast duck rise, I will have to give my preference towards the former. Though the taste of the duck skin and duck meat didn’t differ too much, the sauce that came with Loong Foong’s roast duck was much better. The sauce from Sunrise basically tasted like diluted soya sauce, without the distinct duck rice sauce taste. However, if you love duck skin, you can order extra skin at Sunrise, as I found out a little too late.

The lunch was slightly over RM 20, not bad for half a duck. So if you’re going for duck rice for lunch, you won’t regret Sunrise; but if you can wait till dinner time, Loong Foong is the place to go. 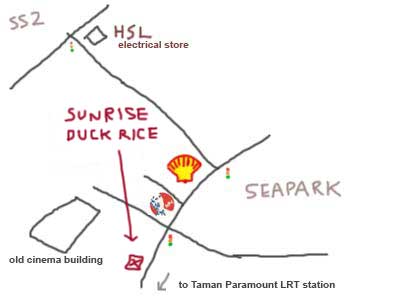 excellent map from yours truely, =)

After posting about the seafood porridge at PJ state, there were a few people, including Saygore and Pam who left comments saying that I should check out the Lou Ngap Fan (卤鸭饭), or “loh” duck rice. So we did just that on a Saturday evening.

even got paranomic shot, stim or not?

Now as opposed to the more common roasted duck rice, this place serves the Lou Ngap (that’s in Cantonese). Instead of roasted, the duck is cooked in a thick gravy with lotsa flour, much like Loh Mee style.

We ordered a whole duck for the 6 of us, add sides dishes of salted vegetable, Chinese mushroom, boiled egg, and pork with vinegar. The duck was pretty awesome, with just the right texture, not too hard nor overly oily. The sauce/soup was in just the right viscosity, though I’d imagine it won’t be terribly good if it gets cold, but with 6 hungry souls, we never had that problem. 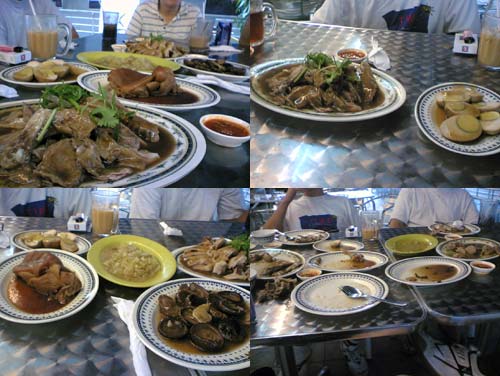 are you hungry now?

The pork was commendable, the mushroom goes well as a side dish, the eggs were alright. However, the salted vegetable is something rather interesting, it is served as is, with nothing accompanying. It wasn’t really very salty at all and does serve as a very good compliment to the duck. Much like how those marinated ginger goes well with sashimi in way of washing off the prior taste so that your taste bud is leave afresh for another bite. Highly recommended. 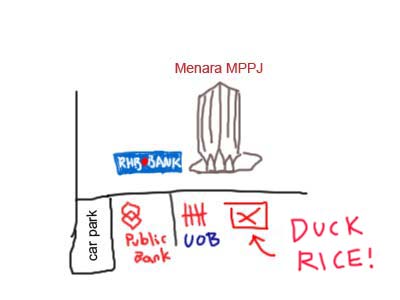 don’t you love those bank logos?

The stall starts serving at around 5pm and ends whenever they run out of duck, usually around 9pm or so. Give it a try if you’re around the area. You got the map anyway, right? 😉

Also, check out spymy, a digg clone but concentrate more on regional blogs. A good compliment to pps & blogsmalaysia I’d say, give it a go.