A couple weeks ago I was invited to a short weekend trip to Johor by some blogger friends. I gotta admit that I’m absolutely not familiar with the food scene in JB, having only been there a few times mainly for work where mobility for meals is pretty restricted. 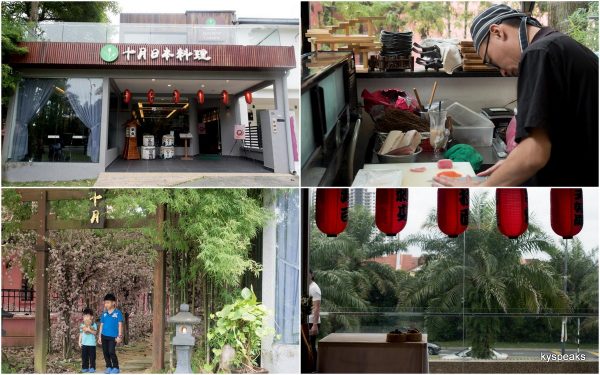 Our first destination of the trip was October Japanese Restaurant, located near Mount Austin, a more upscale area in Johor Bahru. The restaurant is a converted residential unit with nice lush lawn and plenty of parking spots at the back.

While we may still be in December, October Japanese Restaurant already came up with their Chinese New Year dishes, and we were lucky enough to sample some of them. 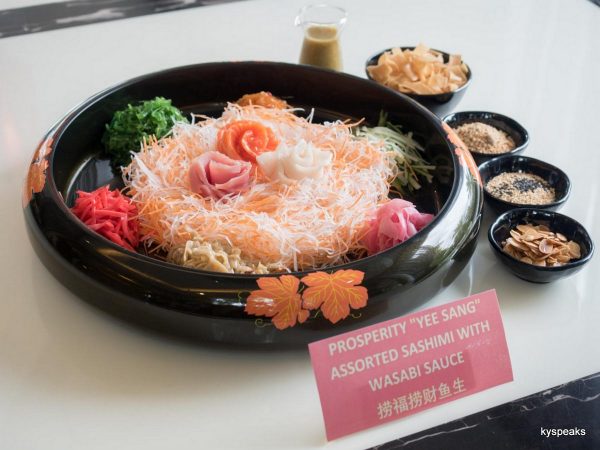 We started out with the Prosperity “Yee Sang” Assorted Sashimi with Wasabi Sauce (RM 68/RM 108 nett) that came with generous slices of – Norwegian Salmon, Maguro (Tuna) and Hamachi (Yellow Tail). They’ve also added fried Gyoza Skin and Roasted Almond Flakes to give the dish more crunchiness. A good alternative to consider for your “lou sang” session. 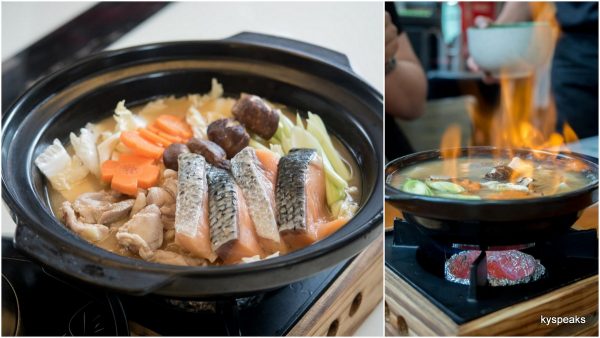 Then there’s the Auspicious Flaming Nabe (RM68.80 nett), with Norwegian Salmon and chicken breast mixing in with Shitake mushrooms, leeks and carrots to make a pretty sweet tasting miso based soup. Generous amount of “KaoLiang” Rice Wine and sake were used in this pot as well, which contributes to the whole flaming spectacle. 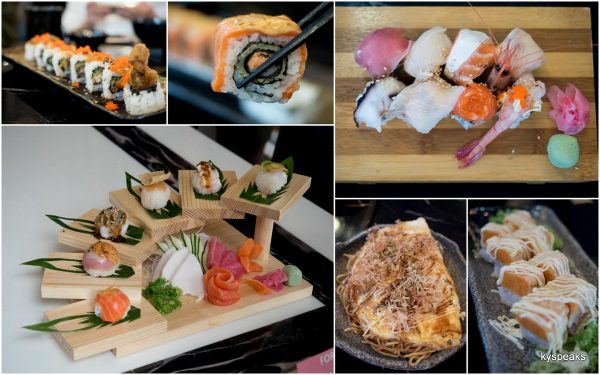 For those who likes it raw, there’s the Fortune Sushi & Sashimi Platter (RM58.80 nett). The dish is beautifully presented on a wooden platter and came with rather generous amount of fresh seafood including Maguro, Hamachi, Unagi, and Salmon. 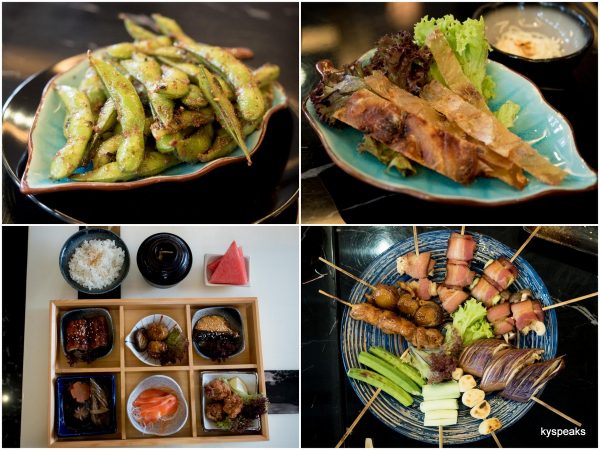 Grilled Edamame (RM9.90++) is a good starter if you like your edamame with a kick, which I think will go really good with beer.

For those who likes bento, October Special Bento (RM59.90++) is a worthy option and comes with a little bit of everything, including salmon sashimi, unagi, and more.

And if you like it grilled, Kushiyaki Moriawase (RM44.90++) comes with scallops, Shitake Mushroom, Enoki Niku Yaki and other greeneries on skewers, and you’ll also find bacon in this platter as well, which makes this one of the few non-halal Japanese Restaurants in JB. 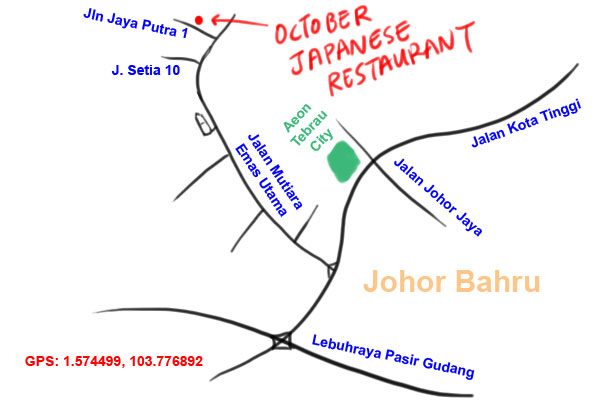 I thought this dried curry mee with roast pork was

My favorite dish ever at Suria KLCC. Probably ove

Is there a better ngar choi kai place in Ipoh than

Anyone a fan of apom guan in Penang? Well, this s

The pride of Perlis, harum manis, is in season aga

If you ever find yourself at Kangar in Perlis, thi